The Life of an Everglades Alligator

When you set out on an Everglades adventure, there is no doubt you’ll be keeping your eyes open in hopes of seeing an alligator. Fortunately, the odds are high that you will encounter one of these gorgeous creatures. The American alligator is a species with a unique success story of escaping extinction and growing to a thriving population. Thanks to state and federal protections, habitat and wetlands preservation, and the reduced demand for alligator products, these animals are flourishing.

Is that an Alligator or a Crocodile?

Early Spanish settlers and explorers are credited with naming the alligator, calling them “el lagarto”, which translates to “the lizard”. These guys are often confused with the crocodile, but there are some clear differences between the two. Did you know that the Florida everglades is the only place in the entire world where you can find both alligators and crocodiles sharing a habitat? While they are distant cousins, millions of years of evolution have given them an opportunity to become wildly different beasts who have their own preferences and distinguishing characteristics. 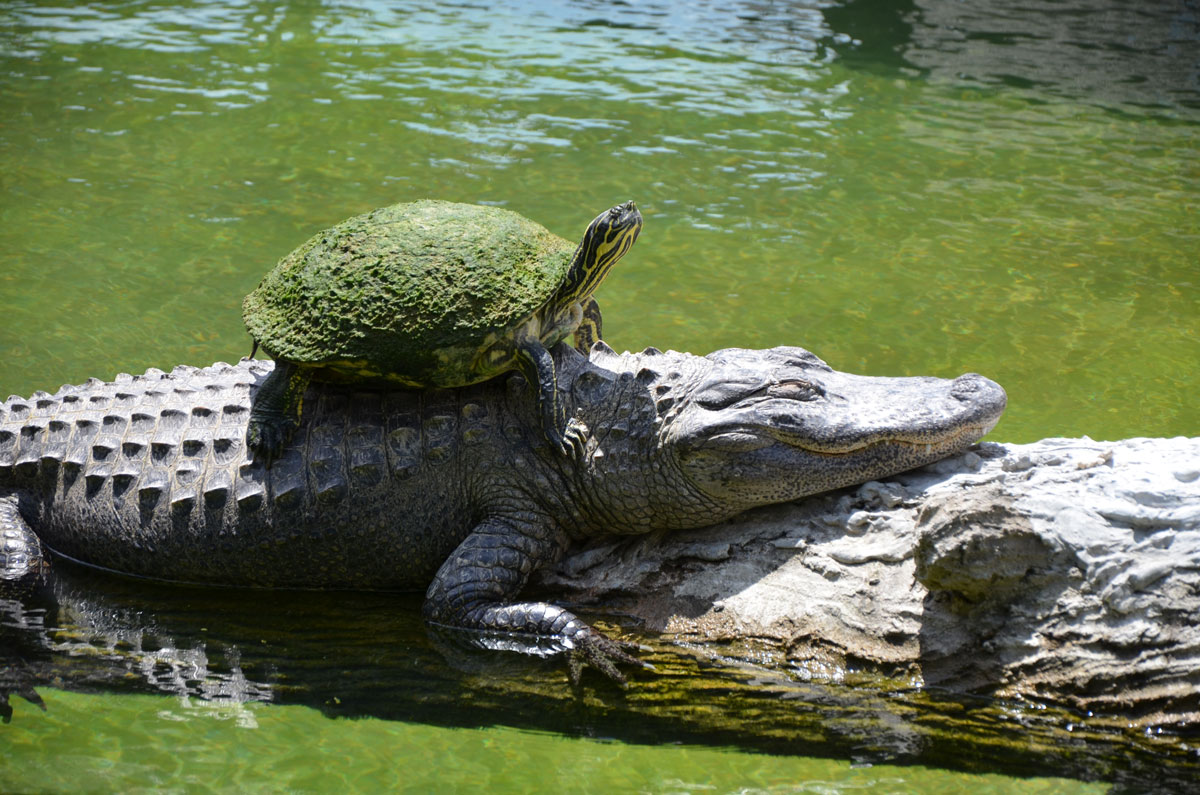 Want to see the beauty yourself?

Contrary to popular belief, alligators don’t eat people, but they will fiercely defend their space if they feel threatened. They are opportunistic eaters, so they will eat fish, turtles, small mammals, pets, but if they are starving, you could be a menu item. On average, a male gator can grow to be 10-15 feet (snout to tail) and weigh 1,000 pounds. In addition to their size, they are fantastic swimmers and are better hunters in the water versus on land. Keep in mind, they have had 150 million years to master the lay of the land. While their prehistoric dinosaur friends were becoming extinct, these guys managed to stick it out and thrive. 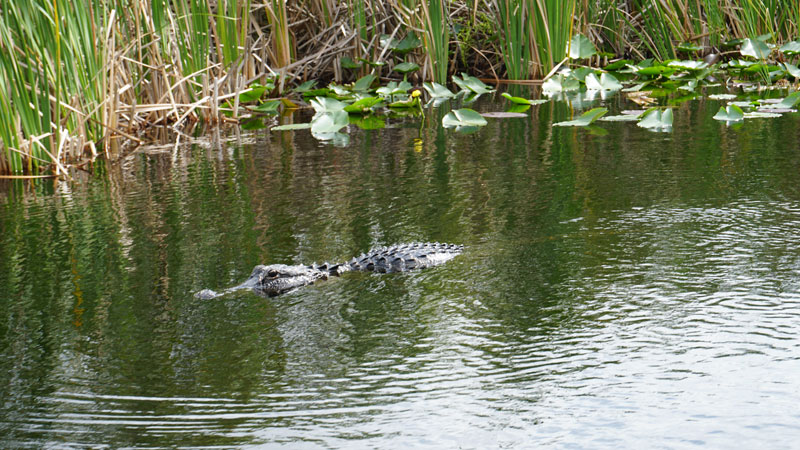 Visit us at Miami Everglades Connection for Your Next Adventure!

When you find yourself in Miami, don’t forget to book your airboats tour online. You and your family or friends will enjoy an up close and personal experience in nature with a wide variety of animals, but you’ll also see an abundance of flora and fauna unique to this region of Florida. We can’t wait to show you everything we love about the Florida Everglades! 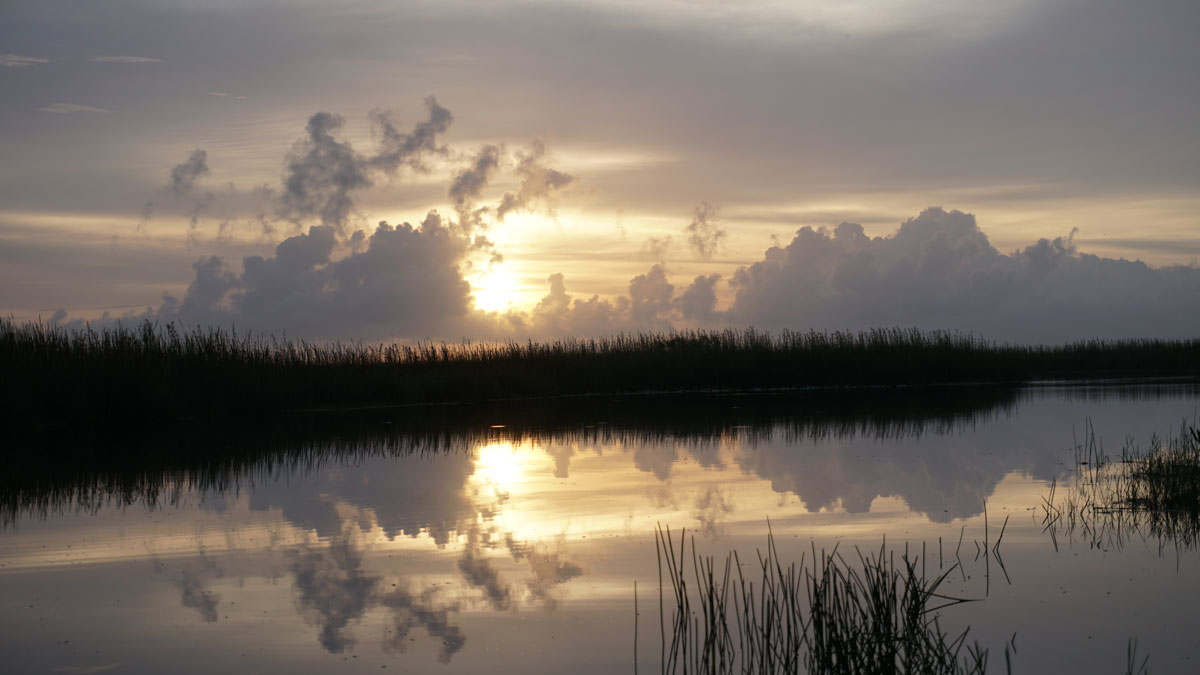 Have you taken a tour with us? Tell us how it went!

Give the Gift of Adventure 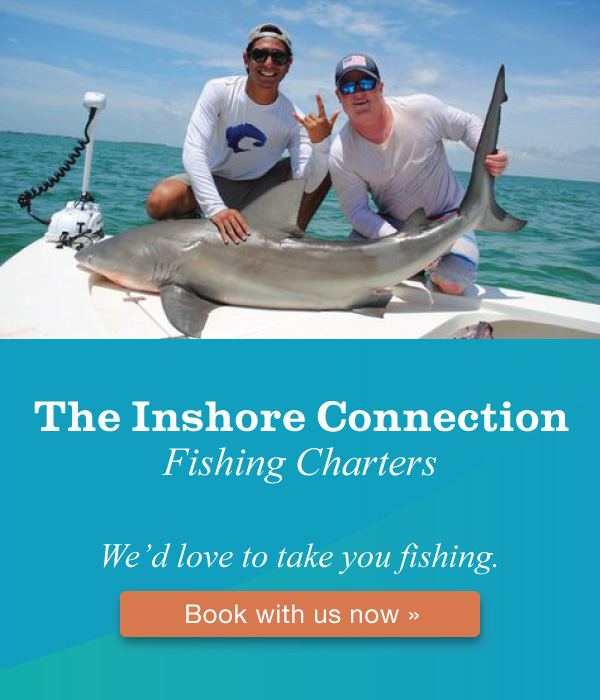